Hi again,
I planned a couple of days off, after a long exhausting work span. Visited my native Tirunelveli, where I thought, could spend my hours with  my kin. Being a festive season, joy filled the air with almost everyone back at home. Thought of hitting the roads again with our I10 this time. A trip to Kodaikanal was all that I was looking for, but provided the time and factuality, it was not a wise option (well, may be atleast this time) that we chose a place relatively nearer. Also, the mercury was at its peak those days and we were looking for a real break away from the regular life. We chose Thirparappu falls few kilometers from Marthandam and about 100 Kms away from our home. The plan was too late, that we had to take off in the early noon around 11:00 AM with the mercury pointing over 95+ F ! My dad, brother in law and my uncle (dad's youngest brother) planned for the trip, initially. Yet another Uncle(dad's immediate brother) seemed to have got impressed by the trip and within minutes, he was all set to go. A full five would seem too much for an I10, but it was the best option we had, in comparison with my latter Uncle's non-a/c Ambassador, with the temperature in mind. The ride would have been better, but I10 being new, definitely needed some heavy figures on the odo atleast to meet the next service due. So we started fully packed around around 11 AM with my favorite album in the head unit and ac's on.

The major road enroute is National Highways 7. Of late, there had been renovation work being carried out on the highways to make it a four way lane, a part of the golden quadrilateral project in India. By that time, the stretch that we tread on was almost complete, except for junctions and cross roads. NH 7 is barely 3 Kms from my home (Palayamcottai). It was pleasant to travel on this stretch, though all the trees lining the roads were chopped down to give way to the four lanes, it was scorching. We travelled unhindered until "KavalKinaru", where we stopped to take a break. Shortly, we've to take a right turn into State Highways 45, that leads towards Nagercoil. There are a couple of roads leading to Tirparappu from Nagercoil, but we took the one through Padmanabhapuram Palace(later we repented !!).

The padmanabhapuram route to Tirparappu was very narrow and full of potholes. It was too narrow that, no two cars can travel parallely at the same time, so vehicles on one side had to stop for the opposite traffic. We got struck in middle, with traffic got jammed on both sides. I had to step down the drivers' seat to make way for my dad to handle it. Lost 20 minutes here and finally traffic got cleared (atleast for us) when I and my Uncle played Traffic sergeants. 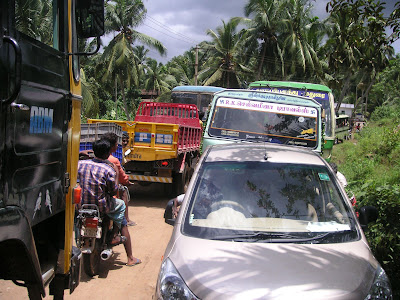 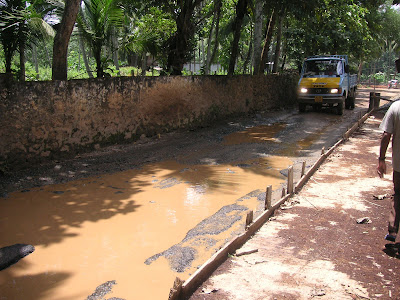 Except for that bottleneck, the ambience on this road was picturesque, with lush green spots everywhere. Coconut trees constitute the main plantation here, though the area is quite famous for its honey. Provided the abundant greenery, one can get honey in its pure form at pretty low price here. 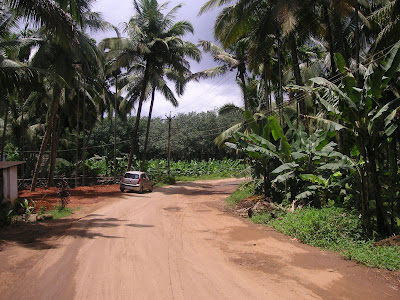 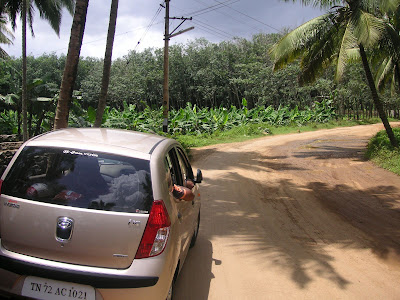 We managed to reach the falls around 2:00 PM. There was very little crowd that day than we expected. Parking slots were empty with only few vehicles making it. The way to the falls is lined with few petty shops selling bhajjis, beverages and essential stuffs like coconut oil, soaps etc.. Tasted few bhajjis and proceed to trek down the path enroute to the falls. As said, there was not much crowd in the falls, favoring us a lot, that we enjoyed a lot of time drenching ourselves there and running across its entire breadth. 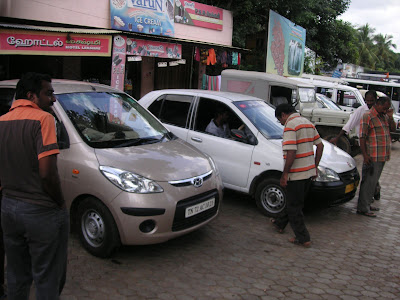 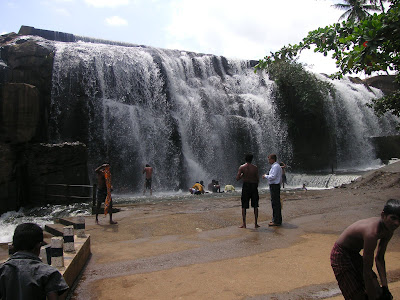 We spent almost an hour under the falls, expelling all the heat in our body. Soon, crowd started filling in, with college students checking-in  in couple of buses. With no mind to leave, we left the falls to make up the time, it was way too late for the lunch. We started from there around 3:00 PM. We had our lunch in Marthandam, should be within 10 Kms from the falls. We also visited one of our relative's home in "Veerani". Aesthetically located amongst the hills, the drive to the place was a pleasure with paddy fields and coconut grooves on either side, a treat to be in there. 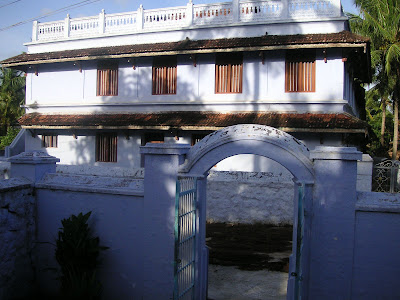 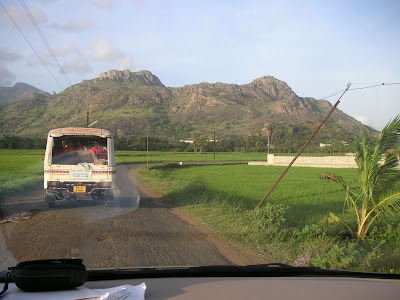 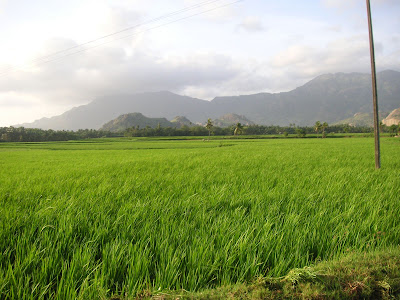 Finally, we left the place and headed back home through the NH7, with dad in charge. The road, was well lit in the night, thanks to the imported paints and reflectors. A constant 80Kmph on the Odo and we were back home in 90 minutes, no break this time, except for a pause to fuel the car. Should have clocked a total of around 250 Kms that day.

Was once again a pleasant experience..

More about the falls...

Yet, more interesting travelogues to come. Watch Out !!

Email ThisBlogThis!Share to TwitterShare to FacebookShare to Pinterest
Labels: Thirparappu