Hi again,
This is about a short one day trip, that me along with my family made to Ambanad - a small village atop a hill near Tenmala. After multiple unsuccessful attempts to lure my companions for a two day trip to south - Kerala, I was forced to settle down to trek Ambanad hills this time again in our I10.

Ambanad is a small village or more suitably can be called an estate atop of the chain of hills on the western ghats near Tenmala, Kerala. Major part of this area is owned by a private company and you gotta get permission from them to visit this place. It's situated at about 90 Kilometers from Tirunelveli City, the place where we started our journey. The route Tirunelveli -- > Alangulam --> Tenkasi --> Shenkottai --> Ariyankavu --> Palaruvi -- >Kazhuturutty --> Ambanad.

With Dad, Brother in Law and Uncle along, we started from Tirunelveli at around 9:30 AM. Being much desperate to drive in ghat section, I asked dad to hit the roads initially to cover the plain flat stretch till Tenkasi covering around 50Kms.

The stretch from Tirunelveli to Shenkottai is plain lands constituing about 60 KMS of the entire trip. From Shenkottai starts the marvellous and scenic ghat section of the Western Ghats, one of the gate ways to Kerala from Tamil Nadu. Recently a major facelift was made to this highway making this stretch as smooth as a hot kinfe through butter. Add ons were twists,curls and haripins perfect to glide your vehicle zig zag, giving one more reason to love my I10. Making a sharp turn was a breeze even at 60Kmph , credits to the EPS and zippy aerodynamics. After travelling 78 Kms we reached Palaruvi (Milk Falls). 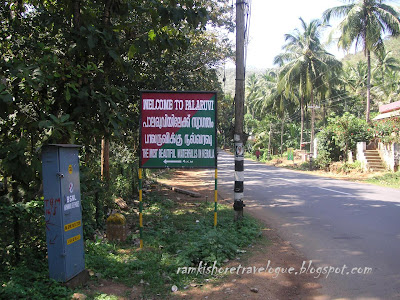 The stall where a nominal entry fee is levied for persons and vehicle. 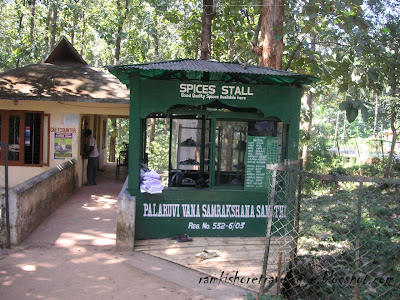 I already had mentioned about this falls earler in my Trip to Thenmala. This time, the falls was short of water, however was ample enough for a joyous bath. There was pretty much crowd that day owing to the holiday season. Though a bit sunny, we were hardly able to feel it with the dense trees branching out all over. 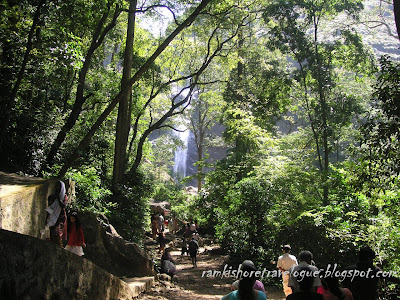 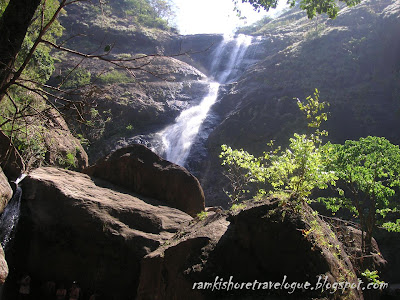 Having enjoyed in the freezing waters, we started again. Our next destination was Kazhuturutty, a small village from where one has to take a right turn to a road that leads to the Ambanad Estate. Kazhuthrutty should be hardly 8-10 Kms from Palaruvi. Not so accustomed to the place we had to break in between everytime for enquring the spot. Finally we reached Kazhuthurutty and took the road that leads to the estate. Hoardings of the estate helped in validating our route. This stretch from Kazhuthurutty to Ambanad is very steep, with nonmetalled road filled with gravels, cobblestones and humps. Yet this can be tread by a small car, with little more cautiousness. For SUVs, this stretch is a boon to provoke envy on onlookers. 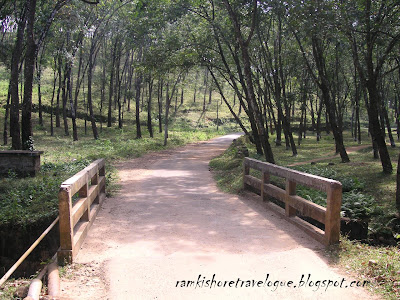