Hi,
Below are some snaps made using the reverse mounting technique. (All photos are resized down by 50%). Click on the image for a larger version. 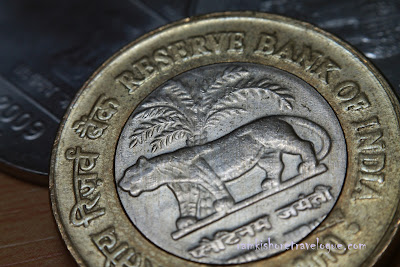 A QWERTY keypad on a mobile. 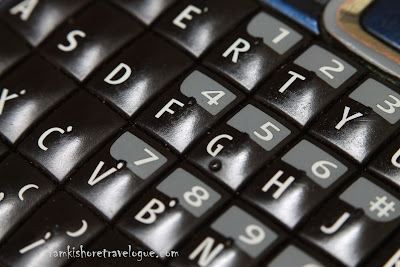 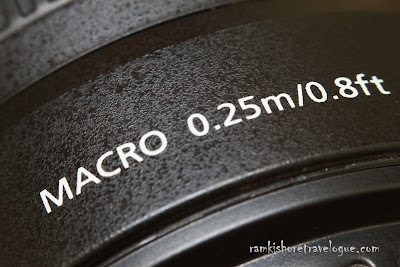 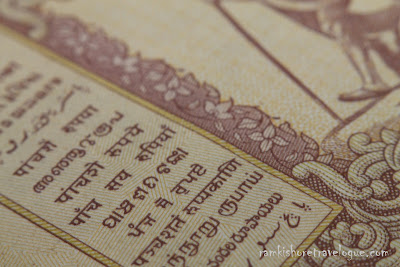 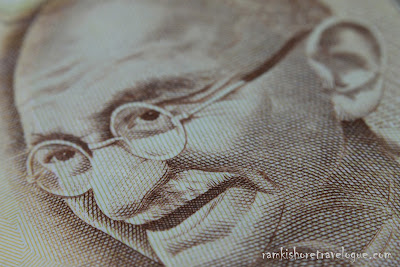 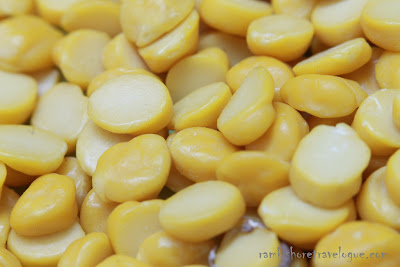 Watch out for more interesting posts and travelogue !

Hi,
You are probably reading this post, if you are looking out for a cheap alternative to a dedicated Macro Lens on your DSLR. You landed at the right spot !

Of late, I've been hunting for a dedicated macro lens to enhance my macro skills. I was taken aback, getting to know the hefty investment it would take to own decent macro prime lens. At least, a serious hobbyist like me, would think twice to get one of that sort.

A little bit of research on the web and I came to know about the reverse mounting technique. All it would take is a reverse mount ring that would fit the front of your lens (any) to the body of your camera. 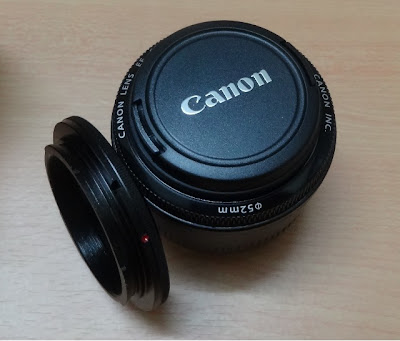 What lens can be reverse mounted ?
Technically you can reverse mount any lens including your kit lens 18-55mm. But that would not be just right for a macro as the working distance would be too close, that you'll end up blocking sufficient light from your subject. That said, the widely used lens for macro using reverse mount is the 50 mm prime lens, the one which is widely used for Portrait Photography. The magnification is quite reasonable with this glass. Also, the prime weighs lesser on your wallet (you can get it for under 120$) and the reverse mount for a little over 10$ (depends on the quality). However I was offered a deal that I would get the reverse mounting adapter free if I get the 50mm prime (Canon). I made the deal ! 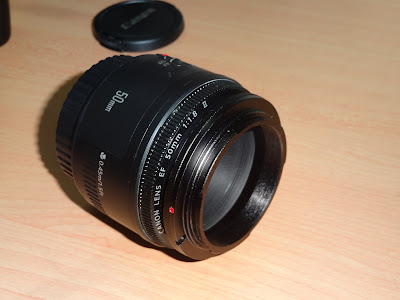 Now mounted to the Camera's Body. 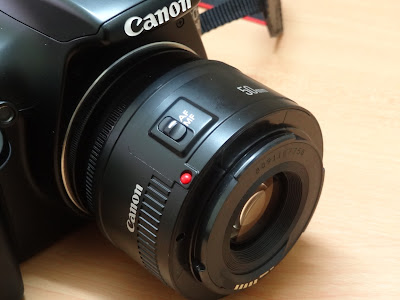 What do I loose?
When you reverse mount your lense, you loose all the benefits of AutoFocus, Image Stabilization (VR in Nikon) if the lense has it and aperture control. This is because the electrical connectivity of your lense will be cut off as it's reversed. So it's left to you to control your camera.

The Trick
Once reverse mounted, you'll have to rely on your hands for focusing.Move back and forth to focus the subject. Suggest you use your tripod to rule out hand shake as it may be well pronounced at such magnification.

One common problem that most people face while reverse mounting is the shallow depth of field. The dof is too shallow that major areas of the image remain out of focus. And now that you loose all your camera's ability to control aperture, you have to find a manual way of changing the aperture. Unfortunately, the 50mm prime does not have an aperture ring at its disposal. So how do I change it ? " Look for the DOF preview button on your camera body".

How to Change the Aperture on a Reverse Mounted Lens ?
Well, you can't !. Yes, you read it right, you cannot change the aperture as long as you have the lens reverse mounted (unless you have a dedicated aperture ring on your lens). But here's the trick. Un mount the lens from its reverse mount position and mount it in its normal position. Now change the aperture as you would normally do (possible in Manual and Aperture priority mode). Set the aperture to a higher value over 9 and then press the DOF preview button on your camera. You can see that the aperture actually closes down for the brief moment while you press the button. With the button still pressed and camera ON, remove your lens. The lens will retain its aperture opening and is ready for the macro. Some entry level DSLRs do not have a dedicated DOF preview button. But, they can be configured using custom shortcuts. Make any customizable button as the DOF preview function's shortcut using the camera's settings. With the right aperture set, you are good to go for that perfect macro shot !


Aperture narrowed down to 9.. 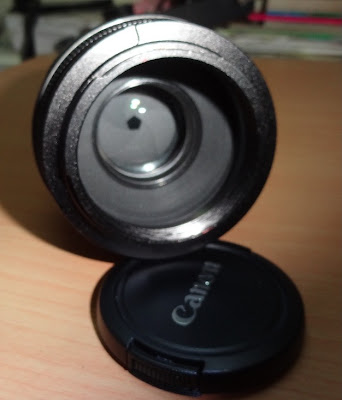 Look out for the next post for Macro Shots made using this setup.

Hi,
How frequently have you envied your neighbor's DSLR or the "L" series lenses attached to it. Are you one among those who say "Dude, I should get my hands on that Lens/Camera at least once in my life !!" ? If yes, then there's good news. 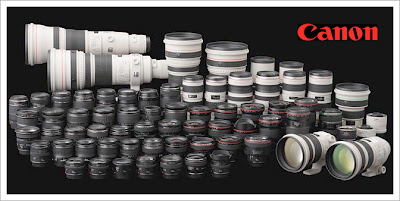 Of late, it's good to see some Indian based online photography equipment rental sites popping up. Most of them located in Bangalore though. They offer professional grade Camera Bodies and Lenses for RENT. Cool isn't it ?

How does that benefit the consumer?

1. Consumers do not have to purchase one each of a Prime/Telephoto/Zoom/Macro/WideAngle lens  to meet his photographic requirements. (At least to me, I'd have to starve to get a professional grade lens !)

2. If you ever think of buying one of your own, then you can rent the same equipment from these providers, fiddle with it, analyze if that meets your expectation and then go about buying it. (That's what I'd call smart buying)

How does that work ?

All these providers require you to fill an enrollment form wherein you'd have to furnish vital information related to your identity. You'll be going through a background check to ensure that you've furnished the right information. Most of them do not ask you to provide your debit/credit card number and that way you too can feel secure. Once after verification, you are deemed fit to use their services. Then on you can go ahead and rent out the equipments by just paying the rental amount.

Some providers don't even charge a security deposit to enjoy their services. However, they are indeed strict on the timings and equipment handling. To be on the safer side and to avoid any surprises, be sure to read the terms and conditions thoroughly before you rent.

You can rent lenses at...

Looking forward to rent a Canon 100mm IS USM macro this weekend...